David Torkington is an English Spiritual Theologian, author and speaker,  specializing in Prayer, Christian Spirituality and Mystical Theology. Educated at the Franciscan Study Centre, England, he served as Dean of Studies at the National Catholic Radio and Television Centre, London. He was an extra mural lecturer in Mystical Theology at the Angelicum, the Dominican University in Rome and has received invitations to speak to Religious, Monks, Diocesan Priests and lay people from all over the world, including Equatorial Africa where he gave three prolonged lecture tours speaking on Christian prayer.

The author of the popular Peter Calvay series, his books include  Wisdom from the Western Isles,  Wisdom from Franciscan Italy,  Wisdom from the Christian Mystics, Prayer Made Simple (CTS) and How to Pray to be published in the USA in January 2021 by Our Sunday Visitor. His books have been translated into 13 different languages.  His next book The Primacy of Christ and his Spirituality of Love, will be published in 2021.

He has been a columnist for many Catholic newspapers and periodicals including The Catholic Herald, The Messenger of St Anthony and the Catholic Universe, and is a regular columnist for many Catholic online publications in the USA and Canada such as Catholic Stand, Catholic365, and Spiritualdirection.com. His podcasts can be found on his website and on  the Anglicanorum Coetibus Society https://www.acsociety.org/, dedicated to promoting the Anglican tradition and common identity within the Catholic Church, as the Personal Ordinariate of Our Lady of Walsingham, established in 2011 by Pope Benedict XVI.

He loves to relax with his wife on his boat on the beautiful Beaulieu river in the New Forest in Hampshire where he lives. His website with details of his blogs, podcasts, Facebook and twitter accounts  can be found on https://www.davidtorkington.com About The Hermit readings in January 2021

David has created a a newly edited version of his Peter Calvay Trilogy Wisdom from the Western Isles. Part One, The Hermit  tells the story of an academic, James Robertson from the USA, whose wife tragically died in childbirth. He turned from prayer and sought solace in drink instead. His life changed radically when he met Peter, the hermit, on the Island of Barra in the Outer Hebrides, where Peter was living the eremitical life on the remote Island of Calvay. Peter introduces James to prayer and he is led from Christian Meditation through to the understanding of Christian Contemplative prayer.

It turned out to be a spiritually  life-saving experience for James and it could be the same for you if you tune in to this fascinating story read by the author himself.

To hear as a podcast, please subscribe to the Hermit with Radio Maria England on Spotify, Apple, Google play and other Podcast Providers. 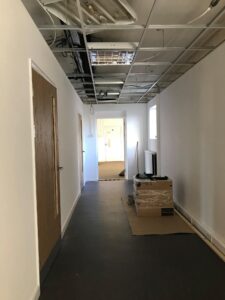 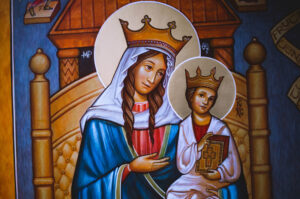